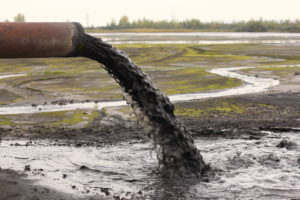 In 2017, 69 Australians who earned more than $1million, paid no tax; not a cent; they didn’t even pay the Medicare levy. And the number of Australian millionaires paying no tax is growing.

Former British Chancellor of the Exchequer, Philip Hammond says, “capitalism has failed.”  This ought to be obvious. Hammond argues capitalism is not working because so many people are left behind, because capitalism has failed to improve the lot of the majority and because capitalism has led to all sorts of abominations – the rise of Trump, riots in France, the nonsense of Brexit.  Like most people, I want liberal democracy but instead what we have is the inevitable outcomes of capitalism – inequality, fascism, bigotry, misogyny, racism, imperialism and war. Just last year, my tour guide in Brunei tells me he was thrown in prison for protesting against the clearing of forests for the production of palm oil (used in so many of the products we buy daily).  This competition for resources, plain and simple, is ushering in the extinction of orangutans – surely this is a perversion, an absurd manifestation of what Adam Smith imagined.

Bill Clinton wrote that the world is:

He went on to say that all people need equal access to opportunities – and they don’t have it!

The great moral leader, Gandhi, said this planet has enough for everybody’s need, but not enough for everybody’s greed. Having ambition is good; it serves Purpose but somehow, we have fallen into the endless treadmill of greed, which only serves the ‘self’.  And what is wrong with this, well, the self is a poor place from which to derive any meaning and purpose, it is a fast-track to narcissism and it is ruining our world.

Surely we can do better.  We must.